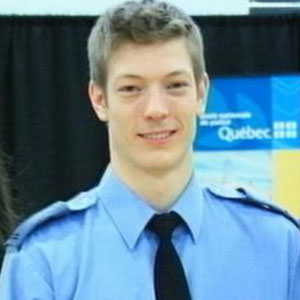 Make a Donation in Memory of Cst. Thierry Leroux

At approximately 10:30 Saturday evening, Constable Leroux and his partner were dispatched to a domestic call in the tiny community of Lac-Simon, which is near Val d’Or, approximately 500 kilometres northwest of Montreal. When they arrived on scene, at least one shot was fired in their direction hitting Constable Leroux. It was not possible for them to react or return fire. Constable Leroux was taken to hospital where he died. Police found the suspect in the residence deceased from an apparent self inflicted gunshot.

Constable Leroux was originally from the community of Amos, about 100 km northwest of Lac-Simon. He was a member of the Lac-Simon Police Force for six months.

Our condolences go out to his family, friends and colleagues.